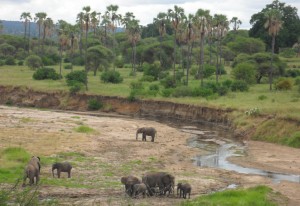 Tanzania Tour to Northern circuit will lead you into visiting several famous parks of Tarangire, Serengeti, Lake Manyara and Ngorongoro Crater.   You will start with Tarangire National Park – the name Tarangire originated from the Tarangire river that crosses through the park, being the only source of water for wild animals during dry seasons.

During the dry season thousands of animals migrate to the Tarangire National Park from Manyara. From Lake Manyara – the fomous park for Lions climbing trees you will be heading to Ngorongoro the Paradise of Africa. This days safari to Tanzania North is made classic to make your Africa dream real.

Day 1: Arusha/Moshi to Tarangire National Park
Get up a little bit in your Hotel/Resident take your breakfast and thereafter depart to Tarangire National Park. Enjoy afternoon game drive in the Park which its name originated from the river that passes through it. Tarangire National Park is famous for the highest animal concentrations during the dry season. During this session expect to view flocks of elephants, buffalos, wildebeest, zebras, giraffes, and Elands, leopards. Some of these animals can be seen throughout the year. Return to hotel/codge for your dinner and overnight.

Day 3: Full Day Serengeti National Park Excursion
You have a full day tour which starts by a morning game drive followed by afternoon game drive. It’s fantastic experience viewing the population of predators and perhaps annual wildebeest migration if you have booked for February to May trips. You will enjoy seeing a herd of over a million wildebeests migrates for the Western corridor of the park in search of greener pastures.  Picnic lunch will be saved while visiting the Park. Most of the park is open grassland broken by isolated granite kopies (hills) and patches of acacias woodlands. Later return for dinner and overnight in Serengeti lodges / Hotels.

Day 4: Serengeti National Park – Ngorongoro Crater
After breakfast depart from Serengeti the home of other common animals like lions, leopards, zebras, Thompson gazelles, impala, Grants gazelles and buffalos toNgorongoro Conservation Area. This game drive will give a rare chance to view from the rim the majestic Ngorongoro crater. Upon arrival you will be served with dinner and overnight in Ngorongoro Lodges / Hotels.

Day 5: Half Day Ngorongoro Crater Tour
Having fresh memories of day 4 Serengeti/Ngorongoro drive, start your half-day tour of Ngorongoro crater, One of the largest Calderas in the world. It’s believed that Ngorongoro Crater a 20 km wide, is also one of the best Wildlife viewing areas where Black Rhinos can be seen in Tanzania. The crater at 2.286 m above sea level is the largest unbroken Calderas in the world. Surrounded by very steep walls, rising 610 m from the crate floor, it covers 260 km2 and is home to over 30,000 animals, almost half of them being zebra and wildebeest. Return for dinner and overnight in one of the lodges/hotels found in of the listed World Heritage site – Ngorongoro Crater.

Day 6: Ngorongoro Crater – Manyara National Park
After your breakfast drive from Ngorongoro to Manyara National Park which will be followed with afternoon game drive around Lake Manyara. This is a unique opportunity if lack to view tree-climbing lions. The park covers 390 km2 and is sanctuary to over 400 species of bird that include the pink flamingos, pelicans, storks, Ibis and Egyptian Geese. There is also a huge herd of buffalo and elephant. While a little bit tired return to either Manyara or Karatu lodges/hotels for dinner and overnight

Day 7: Manyara National Park to Arusha
Enjoy Sunrise morning game drive and thereafter drive to Arusha/Moshi  if spending your night in Arusha/Moshi  ready for  taking your next flight.