Zanzibar Beach Holidays
Zanzibar is the tropical islands archipelagos nested in the Indian Ocean and a destination both legendary and mysterious. The Blue Ocean of Zanzibar is one of the most exhilarating experiences to be explored. The visibility of island is usually Amazing and Unique to watch, the water warm and the marine life diverse and innumerable: Swaying weeds and soft coral all seethe with minute organisms that are food for the larger species makes the Island a historical place. It’s your holiday, it’s your excursion of lifetime – have the tranquil atmosphere of REAL paradise.

From this remote settlement, at the core of the Monsoon trading routes, history was endorsed, journeys of discovery were planned, Sultanate empires were established and the first mediaeval global village was founded. Zanzibar preserves the imprint of its historic heritage in the plummeting streets of stone town in the Arabic – inflected Swahili language and the rare antiques of the bazaars and markets. The holes of idyllic beach that adorn the island’s coast and the fragrant spice plantations that blossom in the interior make Zanzibar the Ultimate Indian Ocean Destination, the jewel in East African Crown.

Stone Town may not have a particularly romantic name, but is the old city and cultural heart of Zanzibar. It is a place of winding alleys, bustling bazaars, mosques and grand Arab houses whose original owners vied with each other over the extravagance of their dwellings. Also known as Mji Mkongwe (Swahili for “old town”) is the historically, culturally and architecturally important capital town of Zanzibar Island.

In Stone Town, one can spend many idle hours wandering through the narrow labyrinthine streets and alleyways where mosses and lichens cling to damp crumbling coral-rag walls and pools of sunlight wash the small squares and street- front cafes in a warm glow. The narrow lanes snake between over 2,000 buildings where shops, Internet-cafes, market stalls and restaurants vie for space with various monuments and structures of cultural pride.

Old Dispensary with its particularly decorative balconies is opposite the new port buildings, the dispensary was built in the 1890s. The Palace Museum (Beit-alSahel) was originally built and served as the official residence of the Sultan of Zanzibar.

The first Anglican Cathedral to be built in East Africa and is still in use today and stands on the site of the public slave market, on the eastern side of Stone Town.

The old Peace Memorial Museum (Beit el Amani) contains exhibits and records which make up the rich history of Zanzibar, from the early days of the Omani Sultans and the British colonial period right up until independence. This magnificent structure houses old and new history books, a selection of archaeological findings, plus records of early trade, slavery, palaces, mosques, sultans, explorers and missionaries, in addition to exhibits of traditional crafts, stamps and coins.

Located in central region of Pemba just few kilometers from Chake Chake (the oldest town in Pemba Island), Kidike is the ideal place to discover the endangered Pemba flying Fox, endemic to the Island. Kidike Root Site provide a natural habitat for a large number of other animals (other than the Pemba Flying Foxes) including Vervet Monkies, Mozambique Cobras, Tortoises, Bush Crabs, Red eyed Doves, Mangrove King Fishers and many others..

Zanzibar beach to the famous and known Jozani forest. The Jozani Forest is located in the central east region of Zanzibar Island is the home of rare Red Colobus Monkey, which is only endemic to Zanzibar. A red colobus monkey, unlike their more widespread and adapted cousins, the Black and White Colobus, are a rain forest species which are now confined to very small areas of equatorial forest in tropical Africa.

Jozani also accommodate a large mangrove swamp and a tract of natural forest that is home to a few unique species including the Sykes monkey, bush babies, duikers, hyraxes, over 50 species of butterfly and 40 species of birds.

Pongwe Forest Reserve
Zanzibar Island is for all. Botanic and forest tourists have a destination to visit – Pongwe Reserve. It’s a walking distance from the beaches located in the north east coast of Unguja that one will find this reserve.  Pongwe or Kiwengwa reveals that Zanzibar is Exotic Island. The forest has a high biodiversity of plant, invertebrate and bird species. Different species of mangroves can be found in this forest.

Tours to the unspoilt north coast always end up at Ras Nungwi, a sleepy fishing village on the northern tip of Zanzibar island. It is the dhow building capital of Zanzibar, so you will be able to see the traditional methods of dhow construction in action. This area of Zanzibar has some fantastic beaches and nearby coral reefs which are ideal for diving and snorkelling. The local villagers have built a turtle sanctuary where injured turtles and other marine animals are nursed back to health before being released back into the warm waters of the Indian Ocean.

About 30 minutes by boat from Forodhani area lies Changuu, also known as Prison Island. Once the site of a gaol for misbehaving slaves, the island lies just off the old stone town. It is fringed with a beautiful coral reef, ideal for snorkelling, and has a lovely white beach for sun-bathing.

It is also home to a family of giant tortoises, imported from the Seychelles in the late 19th century. This island is ideal for a day-trip with refreshments available throughout the day. It also has a small restaurant where you can enjoy freshly caught fish. 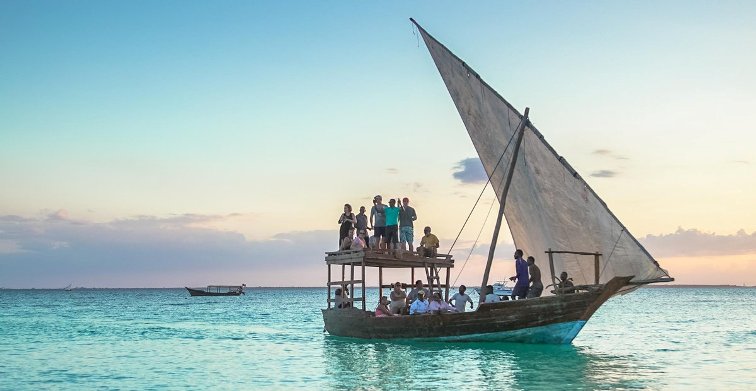 Dhow cruising has become very popular in Zanzibar. A dhow is a traditional wooden sailing boat: although most dhows have inboard or outboard engines for safety should the wind drop. Cruising around the small islands on a dhow is a fantastic and memorable experience. The sunsets viewed from the dhow are evocative and timeless. Lunch and refreshments served on the dhow are usually part of package. Have funny by testing this magic water cruising! 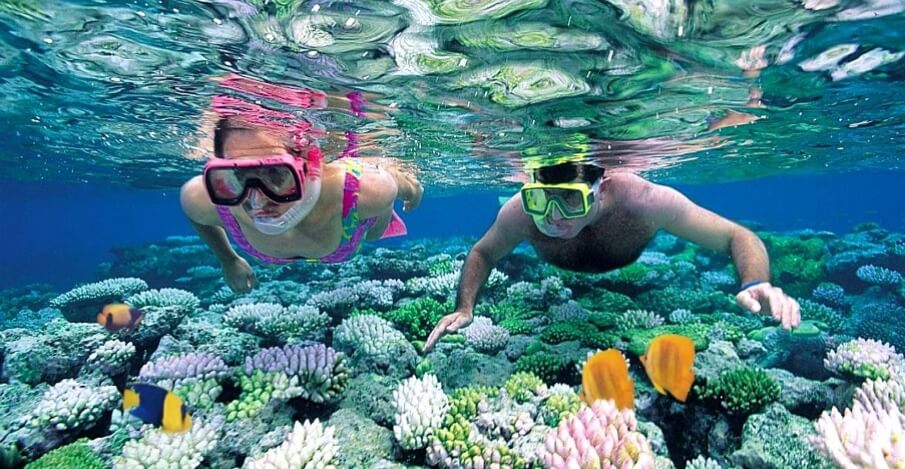 Tumbatu Island lies off the north-west coast of Zanzibar. There are several 14th Century mosque ruins and some 40 stone houses of the Shiraz people, built in the 12th Century. Sightseeing, sports fishing and diving are among some of the water- based recreations that can be organised on Tumbatu Island 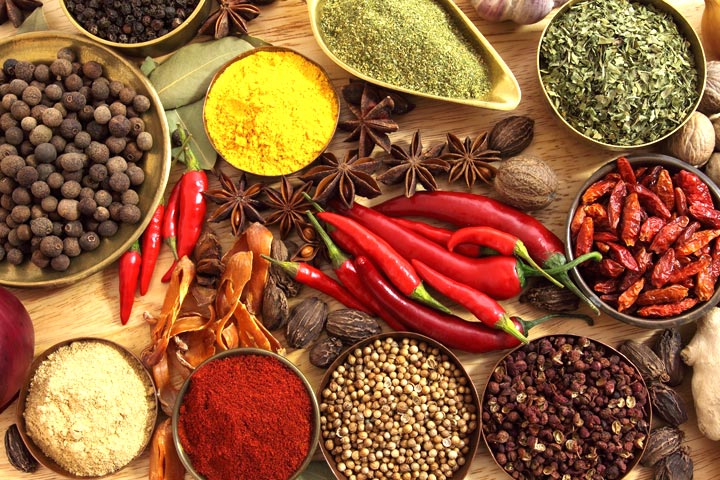 Spice Tours refers to visits conducted to the spice plantations that aim at dazzling your senses with fresh spices. Amazing Tanzania Tours as professionals for organizing Zanzibar tour can arrange a Spice Tour to make your Africa Safari a real and memorable. The Spice Tour can last half a day to a full day depending on your choice. There several optional visits that may include the Maruhubi Palace Ruins, the Persian Baths at Kidichi and Kizimbani.

A Spice Tour is done in the western and central parts of the Island, where an abundance of Vegetation exists. The tour takes the visitor through plantations, private gardens, and forests. Fragrant and aromatic species, such as cloves, nutmeg, ginger, chilies, black pepper, vanilla, coriander, cinnamon, seaweed can all be seen growing and are for sale on boutique shops and roadside stalls. Get prepared – and “Karibu”

On the southern tip of the island are some remote and rugged beaches, yet there are adventures and activities here to suit all tastes – including the Zanzibar Dolphin safari at Kizimkazi village, which lies within the Menai Bay Conservation Zone.

Enjoy relaxing in golden sands – fringed with palm trees and screw Pines when you decide to visit the popular Nungwi Peninsular, with its boats building industry, coral lagoons and Turtle Aquarium. It’s your holiday, it’s your excursion of lifetime – have the tranquil atmosphere of a lost paradise.